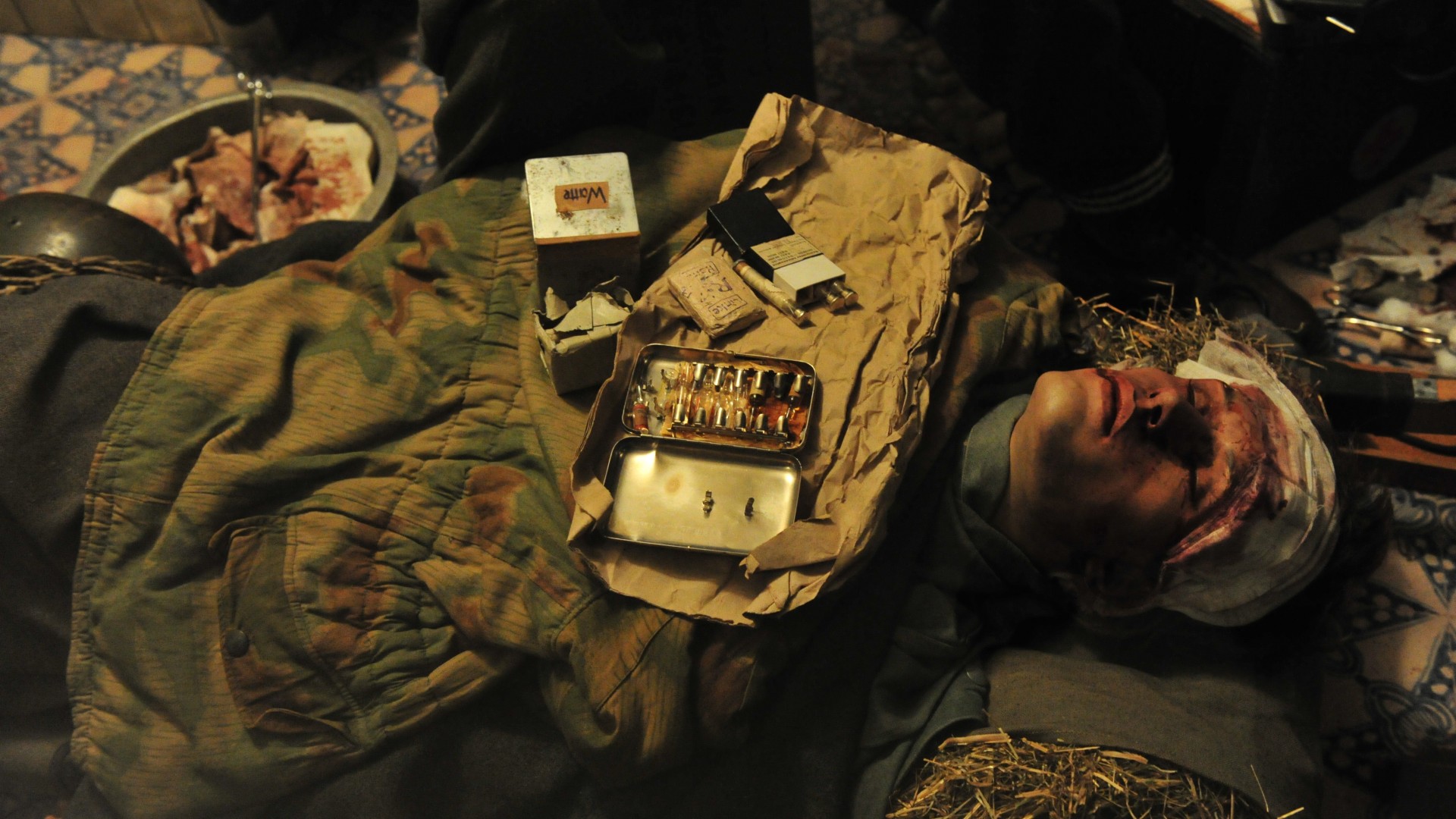 In order to perpetuate the memory of the Battle of the Bulge, the Baugnez 44 Historical Museum takes us through the final great operations and battles which took place during the counteroffensive « Operation Wacht Am Rhein ». 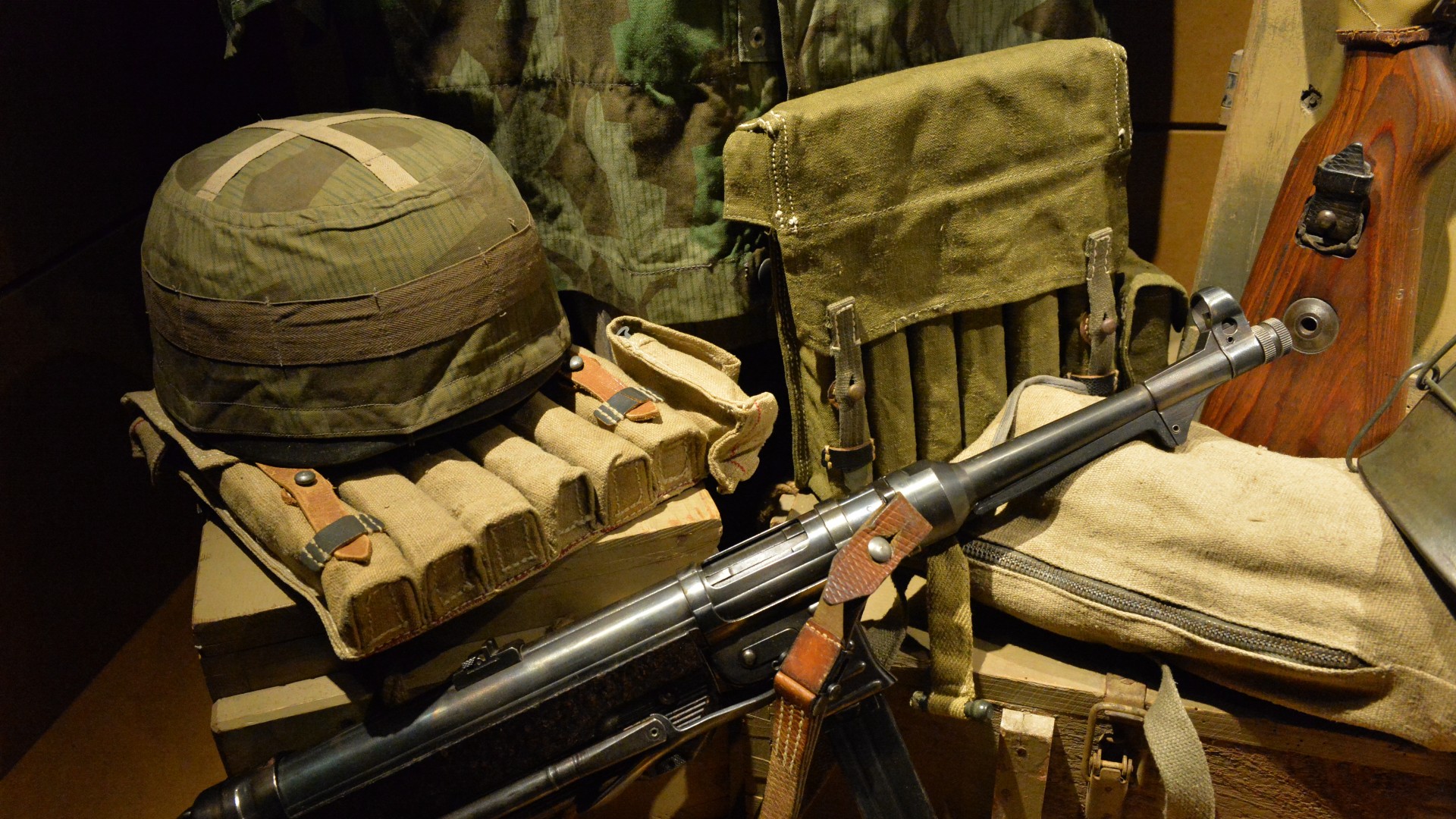 In order to perpetuate the memory of the Battle of the Bulge, the Baugnez 44 Historical Museum takes us through the final great operations and battles which took place during the counteroffensive « Operation Wacht Am Rhein ».

This museum opened in memory of the Battle of the Bulge and the massacre of Baugnez/Malmedy, extends over 1000 Square metres and two stories. Visitors are presented with a stunning sound and light show as well as a magnificent display. 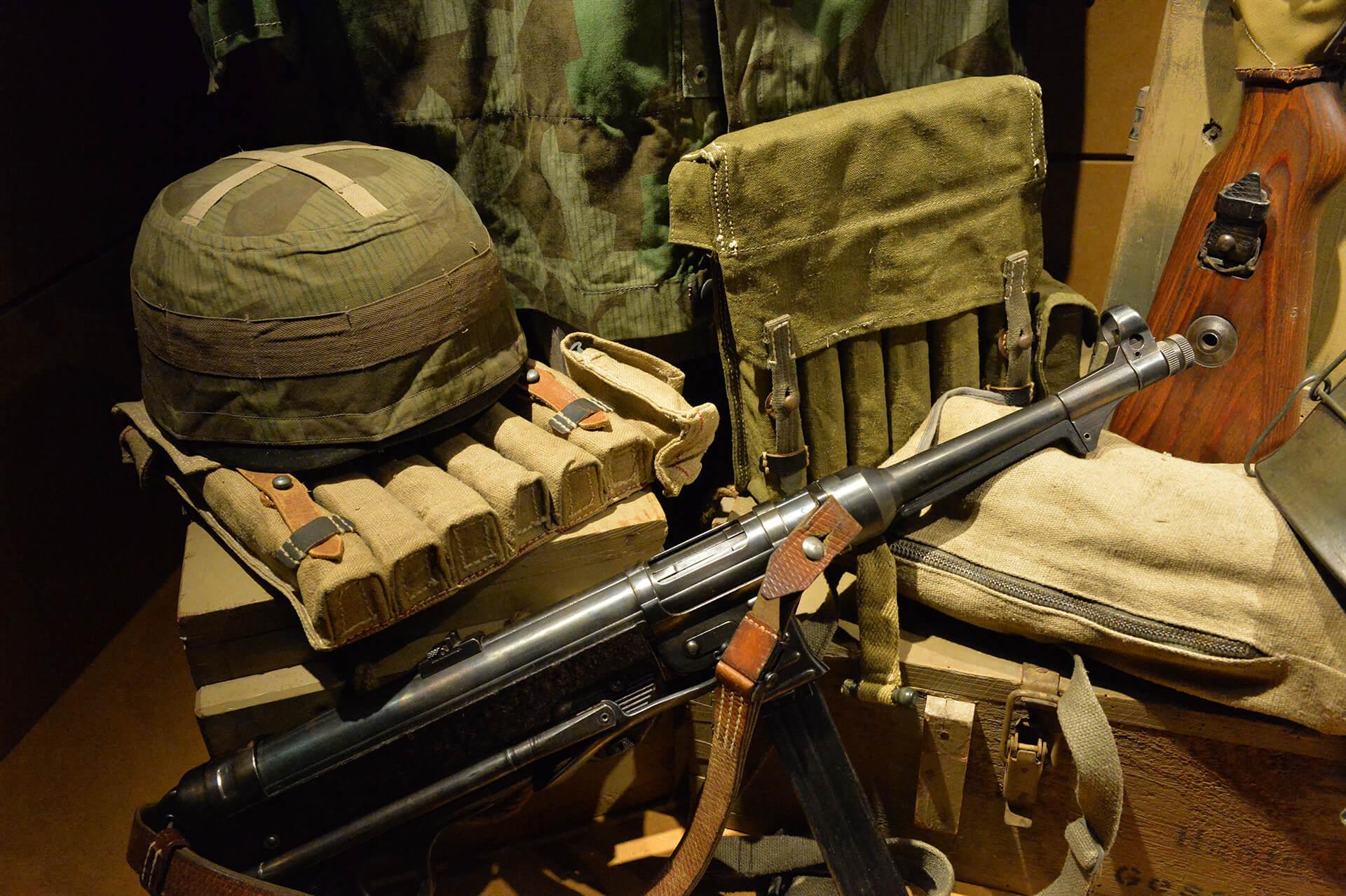 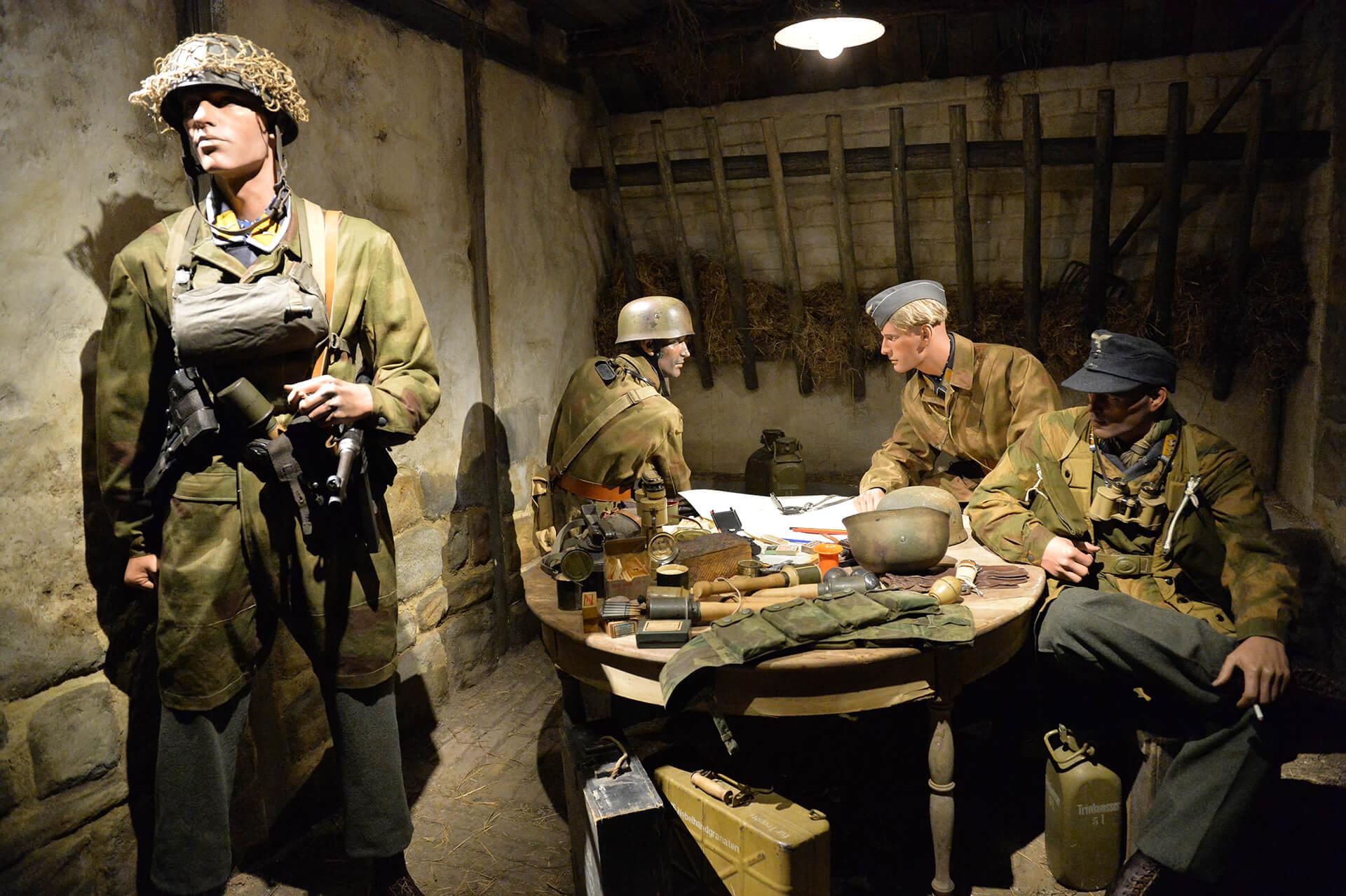 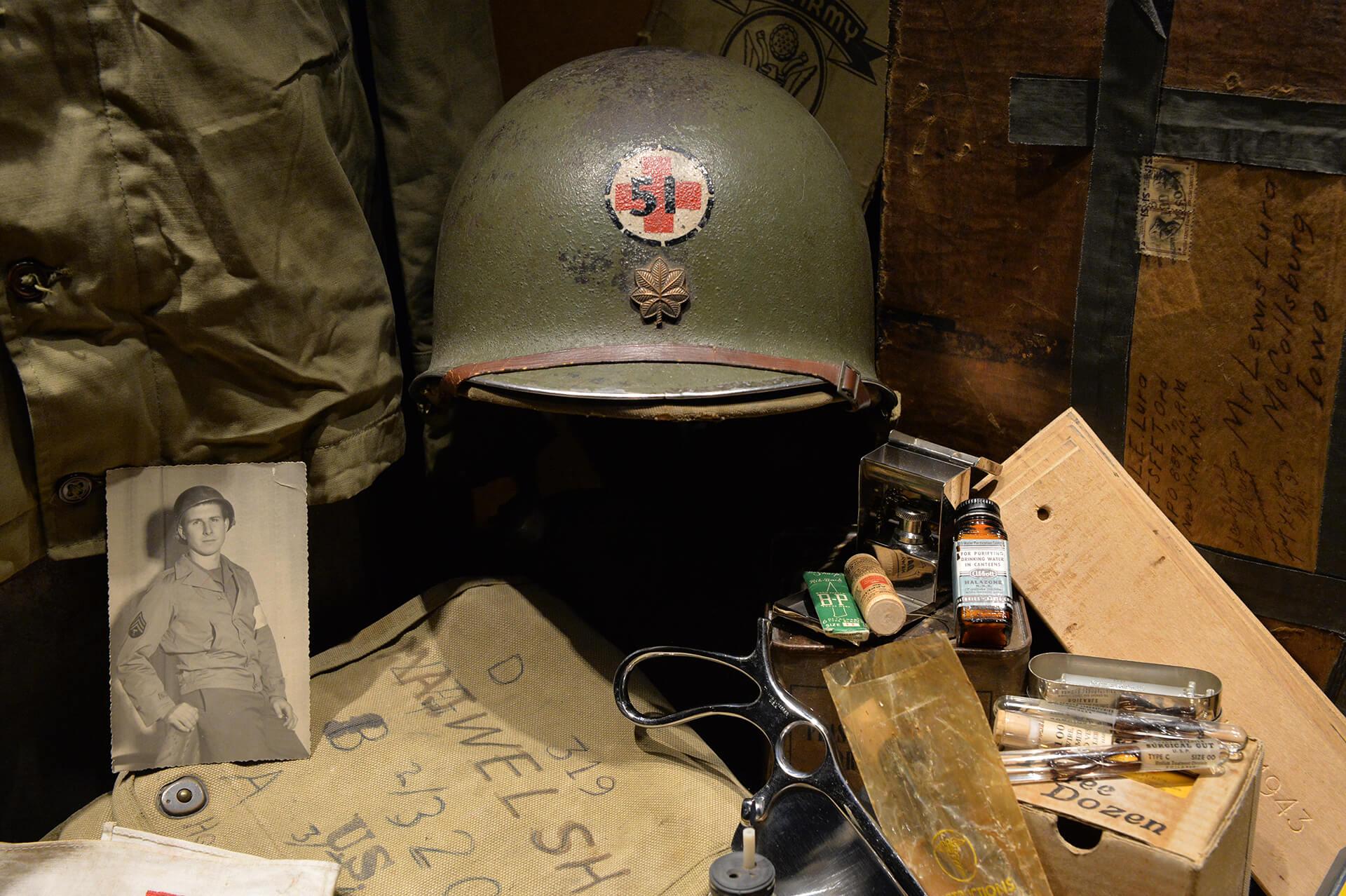 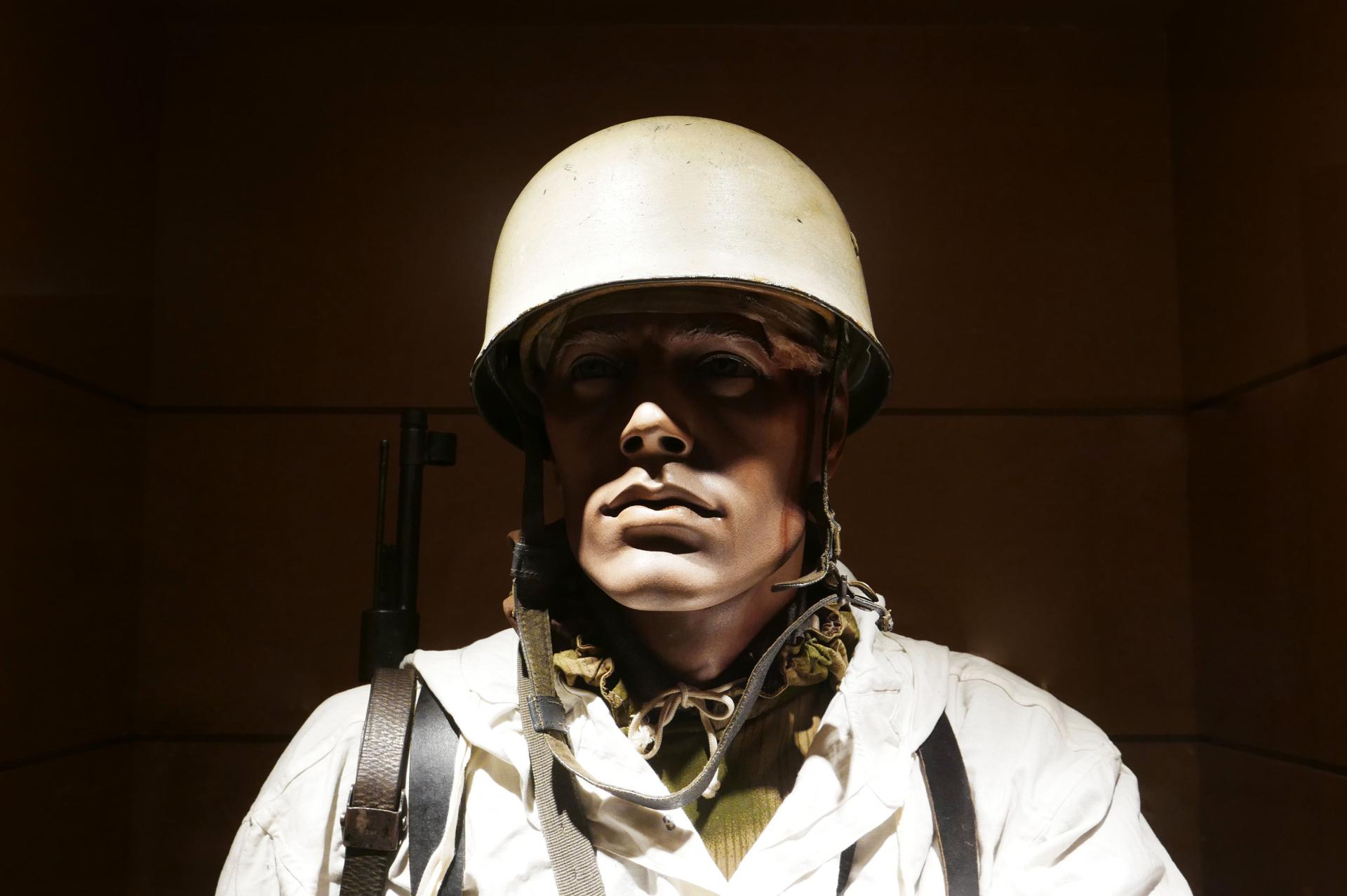 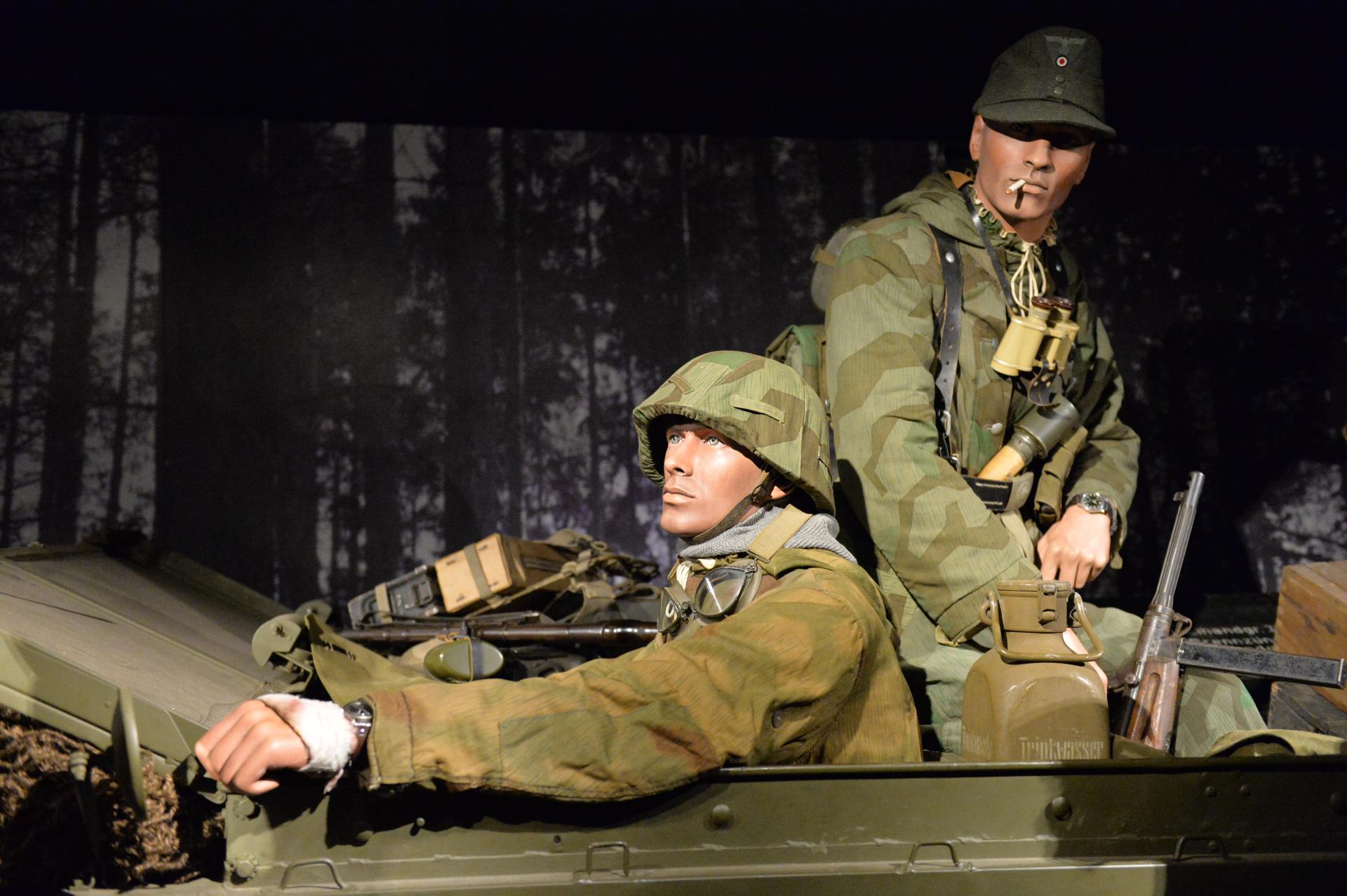 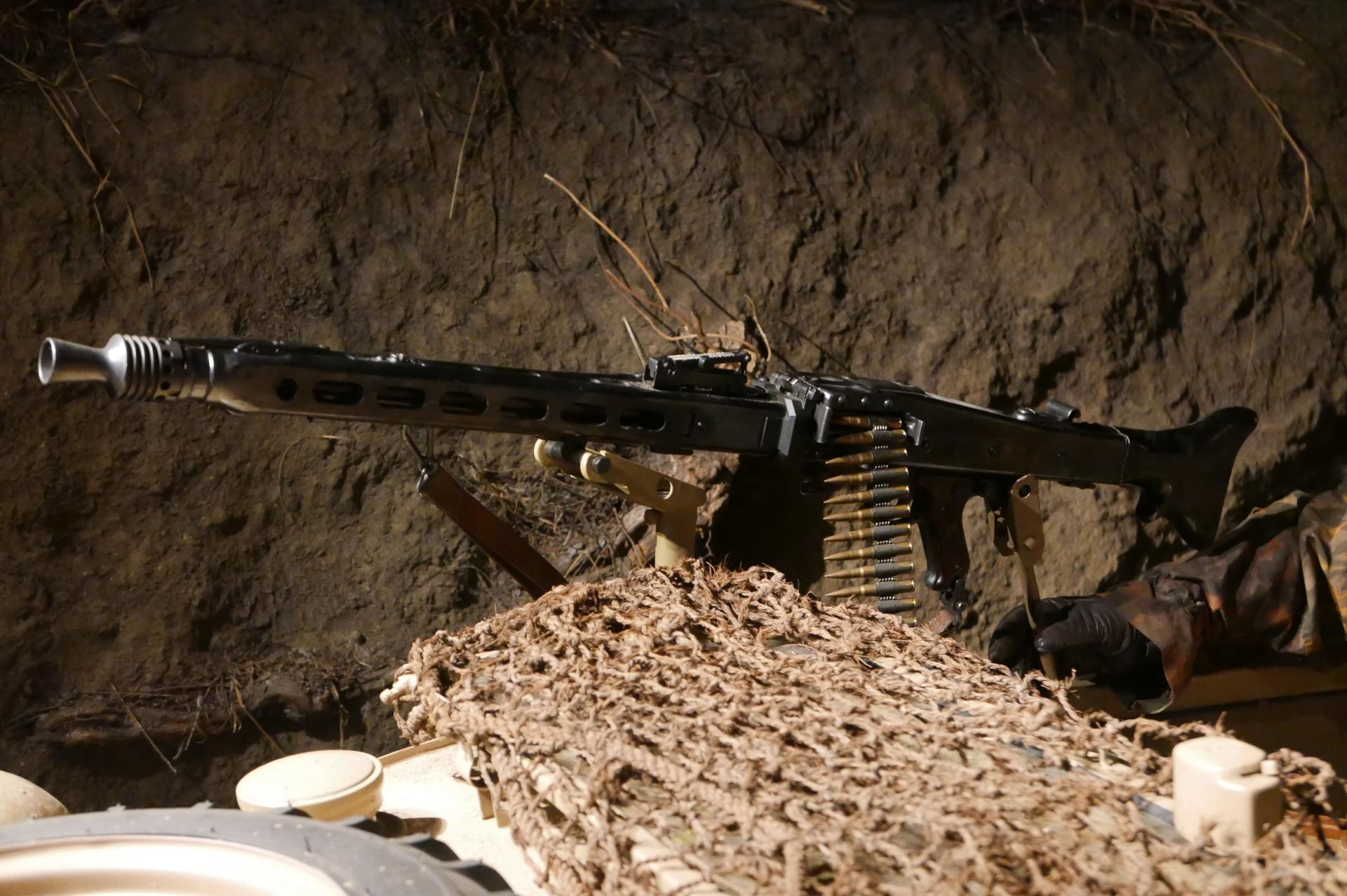 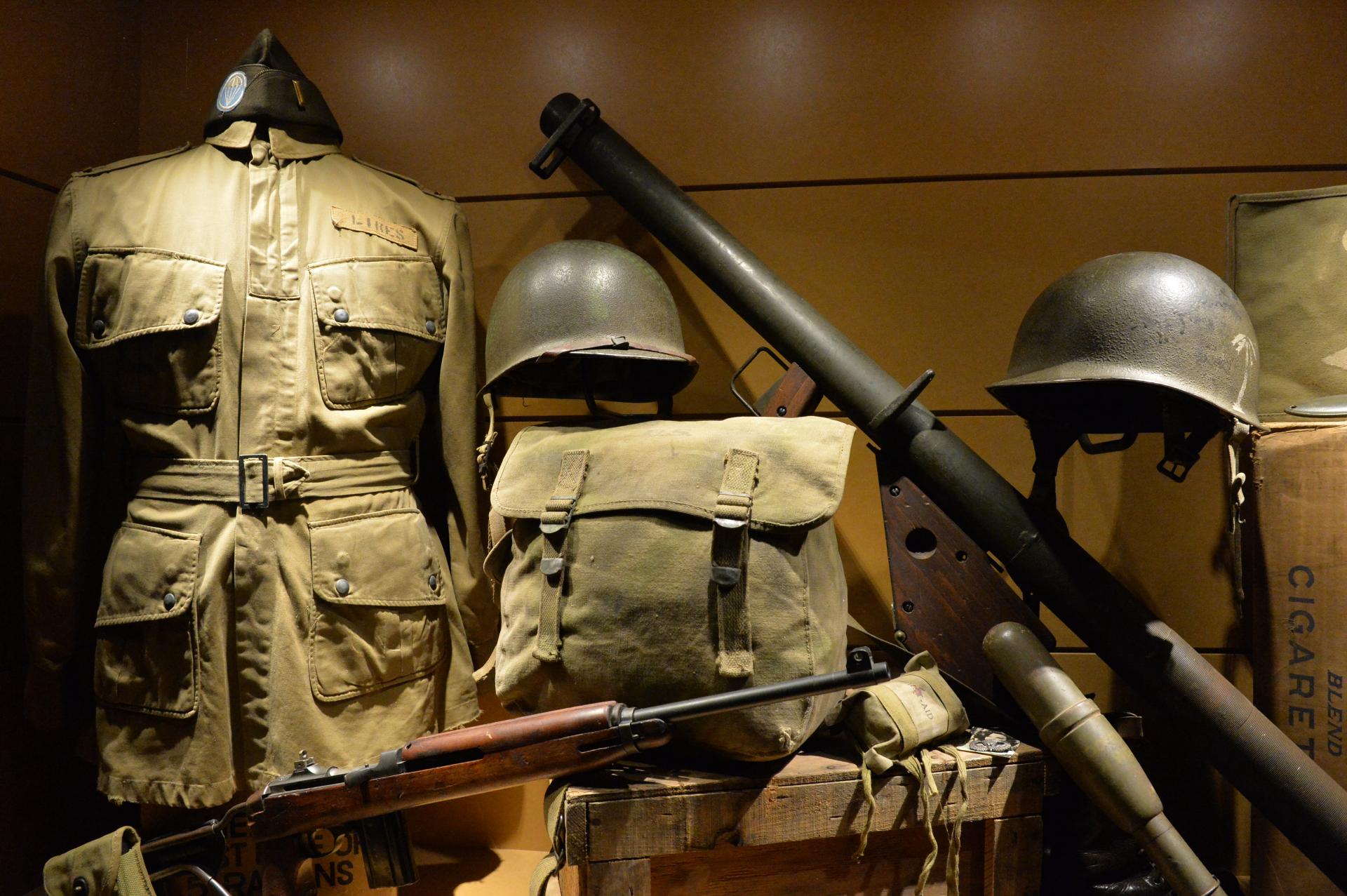 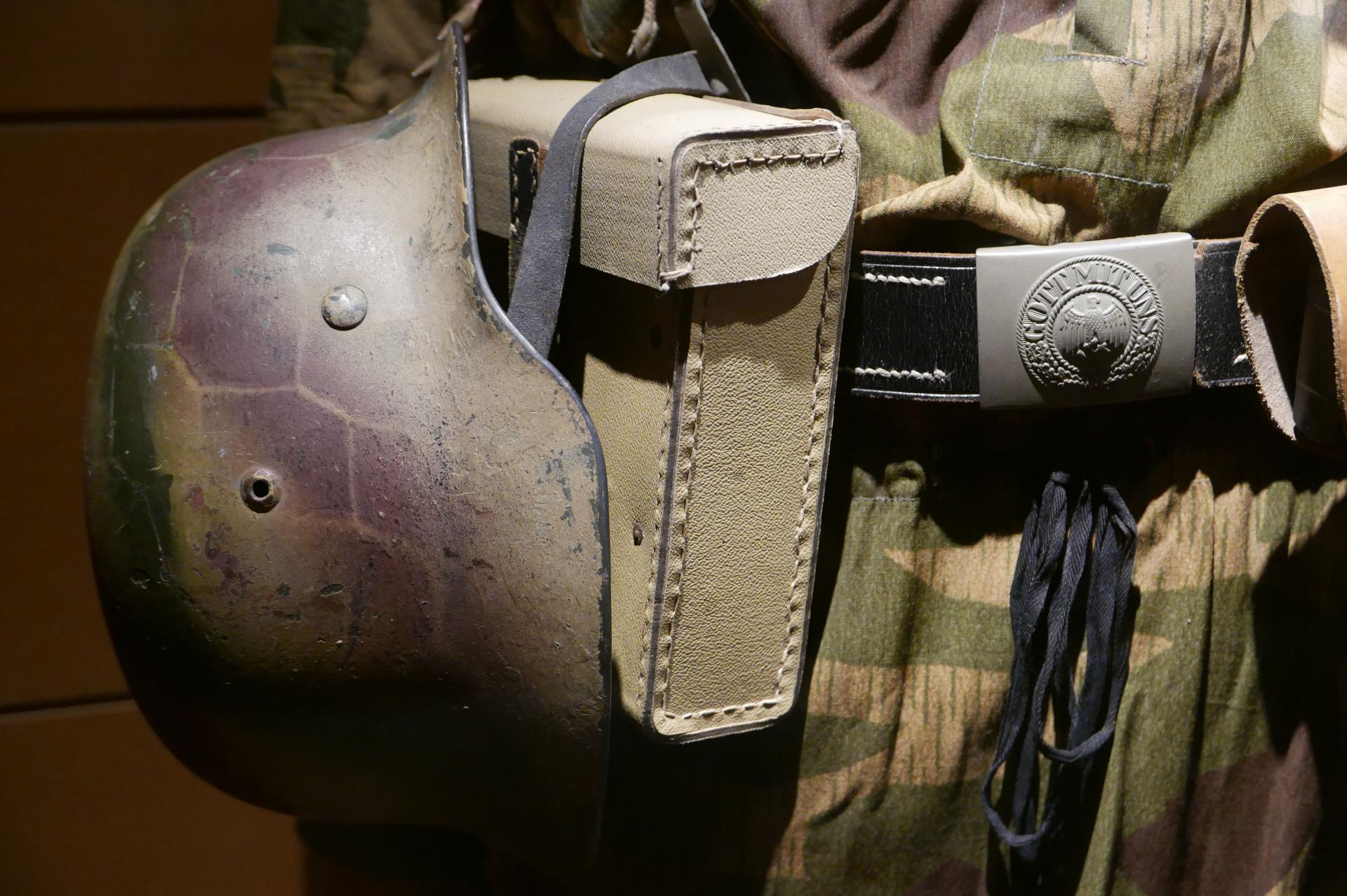 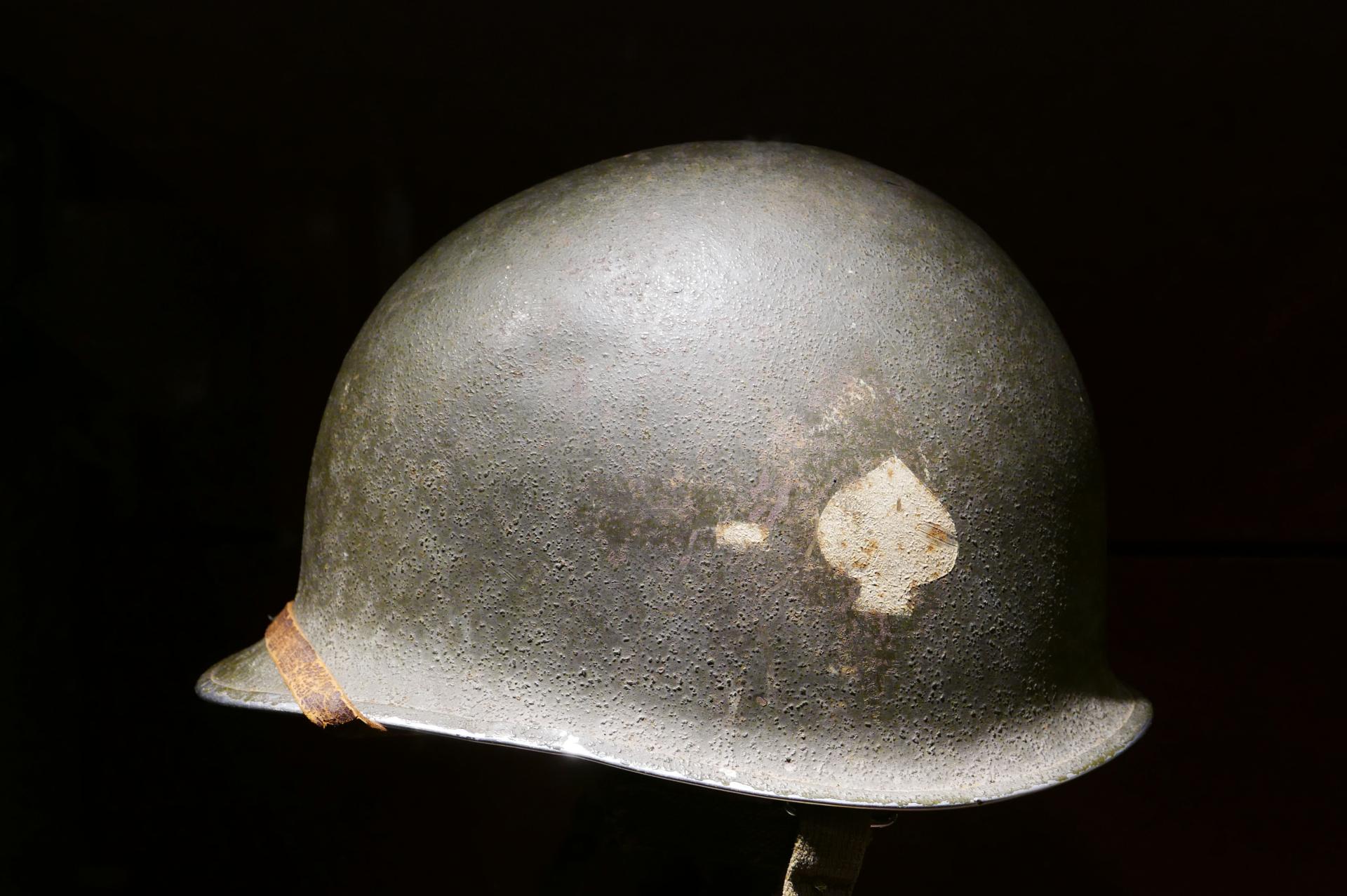 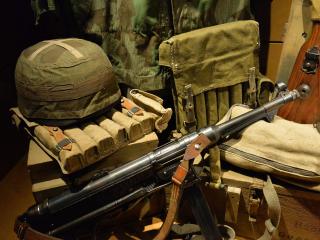 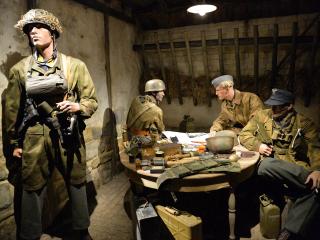 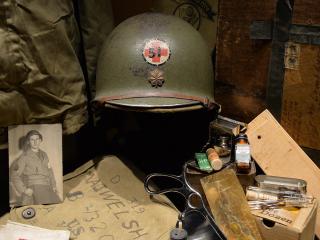 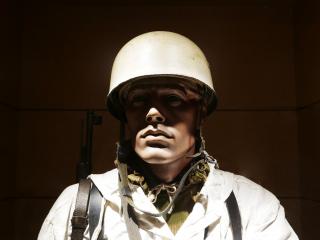 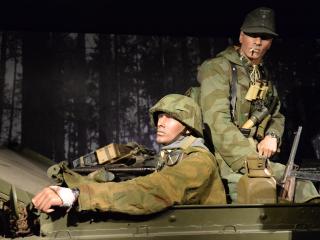 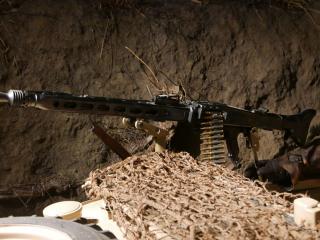 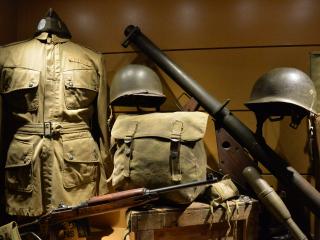 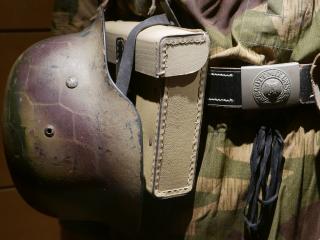 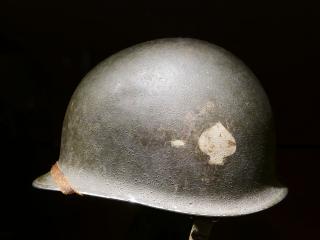 The Malmedy Massacre Memorial is only located at 100 meters from the museum !

The defeat of German troops is imminent. Against all expectations, and to the surprise of all, on 16th December Hitler launches a major counter offensive under the codename "Wacht Am Rhein", better known as the Battle of the Ardennes.

At dawn on the 17th December, armored vehicles of the 1st SS Panzer Regiment commanded by Lieutenant Colonel Peiper enter our region. The objective of this offensive is to seize bridges over the Meuse River then drive on via Liege to the port of Antwerp.

This same day, the 285th Field Artillery Observation Battalion, part of which is under the command of Captain Mills, arrives in Malmedy. Although warned about the presence of German armored vehicles in Bullingen, Mills decides to follow his assigned route; the column therefore takes the N23 in the direction of Baugnez in order to link up with the 7th Armored Division's Combat Command B which was in St. Vith.

The column arrives at the Baugnez crossroads at the same time as the armored spearhead of the Kampfgruppe Peiper .

A violent confrontation then occurs, some vehicles are destroyed whilst others are pushed off the road in order to secure free passage. Mills understands that the situation of his men is desperate, so he takes the decision to surrender.

There then follows the infamous "Malmedy Massacre" at Baugnez , in which 84 American prisoners are murdered. The reason for this remains unclear.

This war crime, one of many carried out by the same unit the very same day and following days resulted in a judgement being given at an international military court held in Dachau in 1946.

This website uses cookies. Some cookies are necessary for the proper functioning of the website and, if they are disabled, cause a degradation of the user experience or disable certain features of the site. Other cookies are used for analysis or marketing purposes. Cookies allow us to personalise content and ads, offer social media features and analyse our traffic. We also share information about your use of our site with our social media, advertising and analytics partners, who can combine this with other information you have provided or which they have collected during your use of their services. You can completely refuse them if you wish.